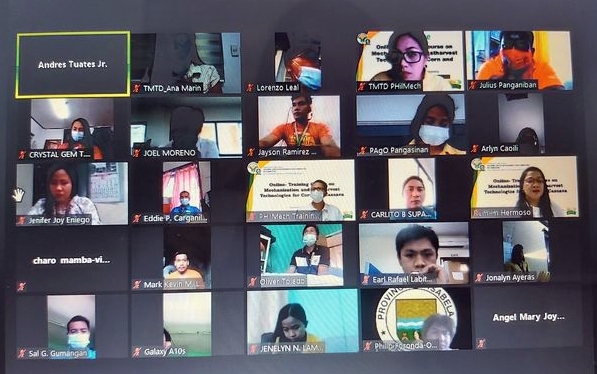 Previous Next
The Technology Management and Training Division of PHilMech conducted the Online Training Course on Mechanization and Postharvest Technologies for Corn and Cassava on September 29-30, 2020.

The participants were briefed on the status of mechanization and postharvest of corn and cassava. Developed technologies for corn and cassava (i.e. PHilMech Pneumatic Corn Planter, PHilMech Corn Planter and PHilMech Corn Mill) were presented. Said technologies wll greatly help the industry particularly in easing and reducing hard labor, relieving labor shortages, improving productivity and timeliness of agricultural operations and efficient use of resources.

Aside from the lecture-discussion, open forum after each module was included where the participants raised their queries and clarifications. Pre/Post test and modular activities were given to the participants as part of the requirement for the completion of the two-day webinar.