PHilMech launches campaign to get youth into agriculture thru mechanization 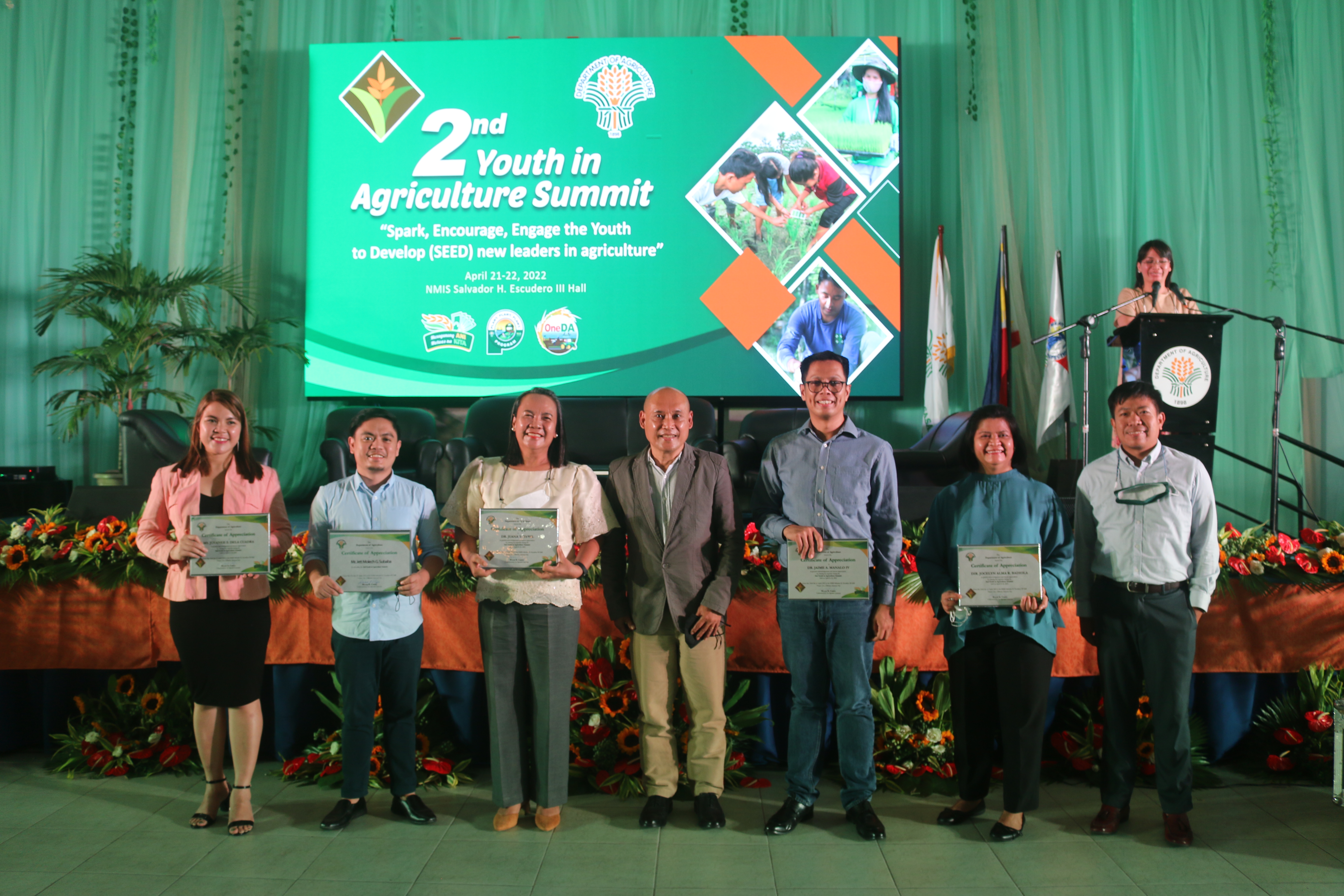 To rebrand the image of agriculture among the youth through mechanization, the Philippine Center for Postharvest Development and Mechanization (PHilMech) made a soft launch of its advocacy campaign program called the Youth for Mechanization (Y4M) during the 2nd Youth in Agriculture Summit held in Diliman, Quezon City on April 21.

The Y4M was featured in the 2nd Youth in Agriculture Summit led by the Agriculture for Special Concerns Waldo R. Carpio.

With the theme: "Spark, Encourage, Engage the youth to Develop (SEED) new leaders for agriculture", the summit was attended by almost 2,000 participants and simultaneously live-streamed on the official Facebook Page of the Department of Agriculture (DA) and Webex.

Dr. Dionisio G. Alvindia, PHilMech Director/Scientist IV, was one of the speakers during the second plenary session on professionalization. He inspired the audience with his rich experiences as a farmer turned agricultural scientist. During his childhood plant diseases especially on rice have greatly influenced him to embark on the scientific career system.

Concurrently, Dr. Alvindia is also the program director of the Philippine Integrated Rice Program. He plays a vital role in the uptrend of rice production in the country. He supports the Y4M advocacy campaign of PHilMech and empowers the younger workforce in the agency.

Meanwhile, the aim of Y4M is to engage and enlist the youth into farming by getting them directly or indirectly involved in the current mechanization drive of PHilMech under the Rice Competitiveness Enhancement Fund (RCEF)-Mechanization Program and related programs/projects.

"Aging farmers is one of the pressing issues in the field of agriculture today. According to the University of the Philippines Los Baños, the average age of farmers is 53 years old. If this continues, our farmers will become scarce and our food security will be at stake. Thus, our advocacy campaign for the youth was conceptualized,” said Mr. Jett Molech G. Subaba, concept creator of Y4M and Supervising Science Research Specialist of PHilMech-Applied Communication Division.

The Y4M is the agency's first advocacy campaign to bring back the interest of the youth in agriculture. It will also highlight the advantages of using modern technologies, making farming easy, efficient, fun, and promising in terms of profit and productivity.

Subaba of PHilMech discussed in his talk the significance of the Y4M and encouraged the participants to support the advocacy by joining the networks under: young machinery operators network, young engine mechanics network, young farmers network, young training specialists network, and young agripreneurs network.

"The youths today want to be part of something big. These networks will surely encourage the youth and spark their interest," he explained.

The registration for advocates under the networks will start after its official launching on the upcoming PHilMech’s 44th Founding Anniversary and 23rd Postharvest Loss Prevention Week on May 23-27, 2022.

Before he ended his talk during the summit, Subaba shared his team's mantra, "Para sa Bayan, Para sa Susunod na Henerasyon” to inspire those participating in the summit.

Y4M started before the pandemic as a Facebook-page campaign to gain the youth’s interest in farming through the RCEF-Mechanization Program, where young farmers posted photos of themselves with the farm machine of their cooperative or parents, and state the reason why they advocated farm mechanization.

Despite the Covid-19 pandemic, the Y4M FB campaign garnered at least thousands of engagements over PHilMech’s official FB page.

PHilMech was also responding to the call of Agriculture Secretary William D. Dar to enlist the youth in agriculture.

Now that the pandemic has weakened and the RCEF-Mechanization Program at its midpoint, PHilMech decided to formally launch a full-fledged program that will network the youth who are into farming and get more of them into farming through mechanization.