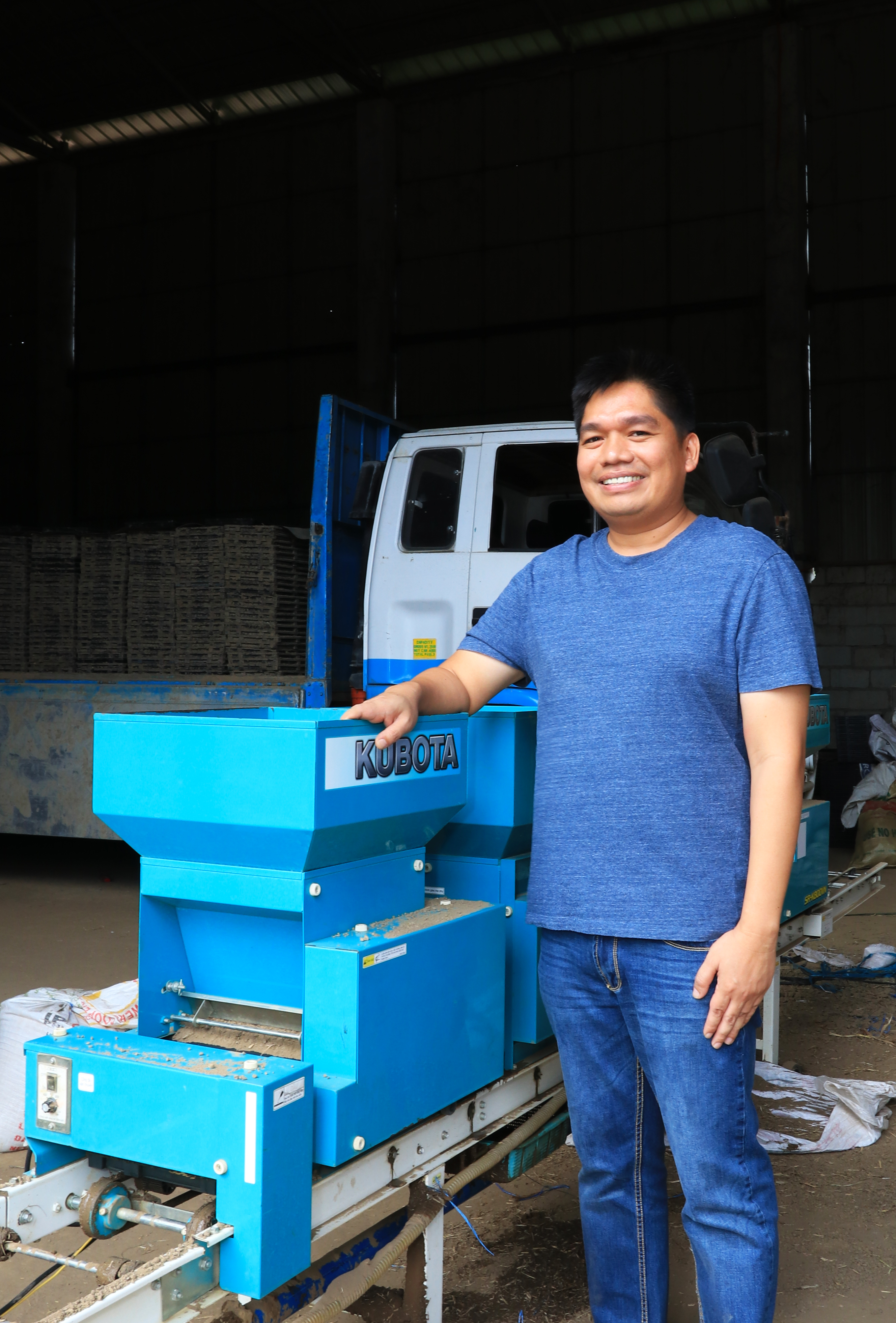 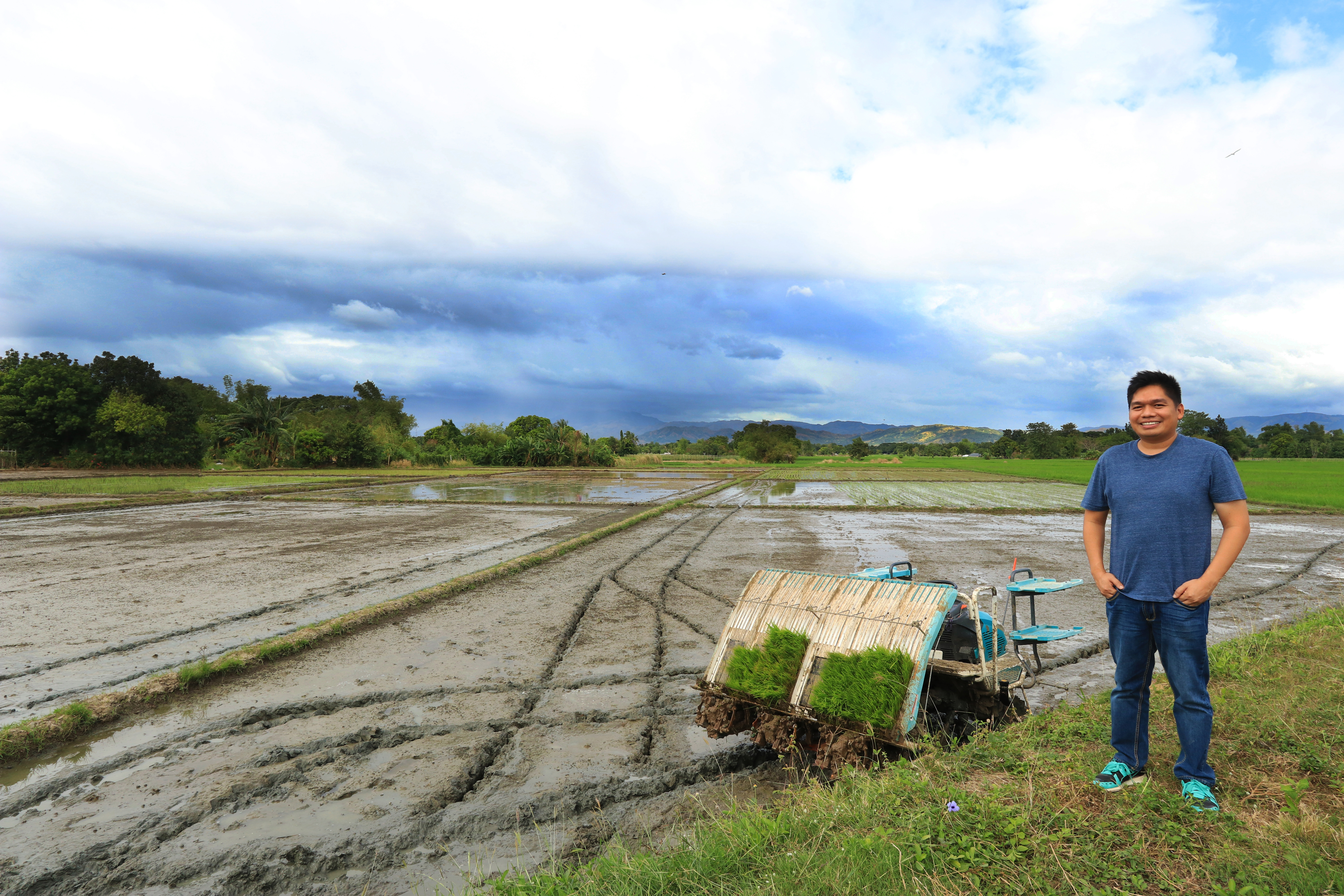 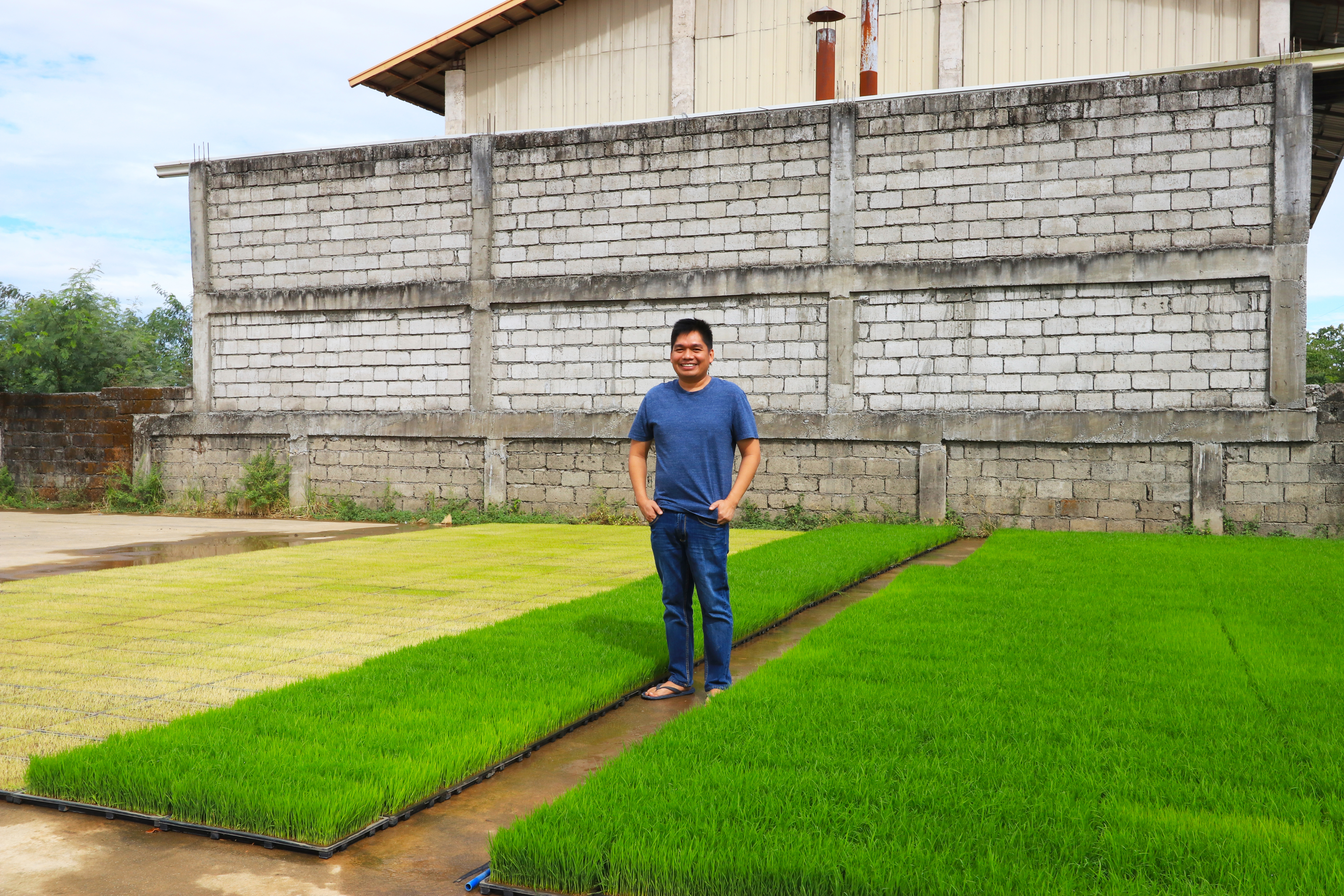 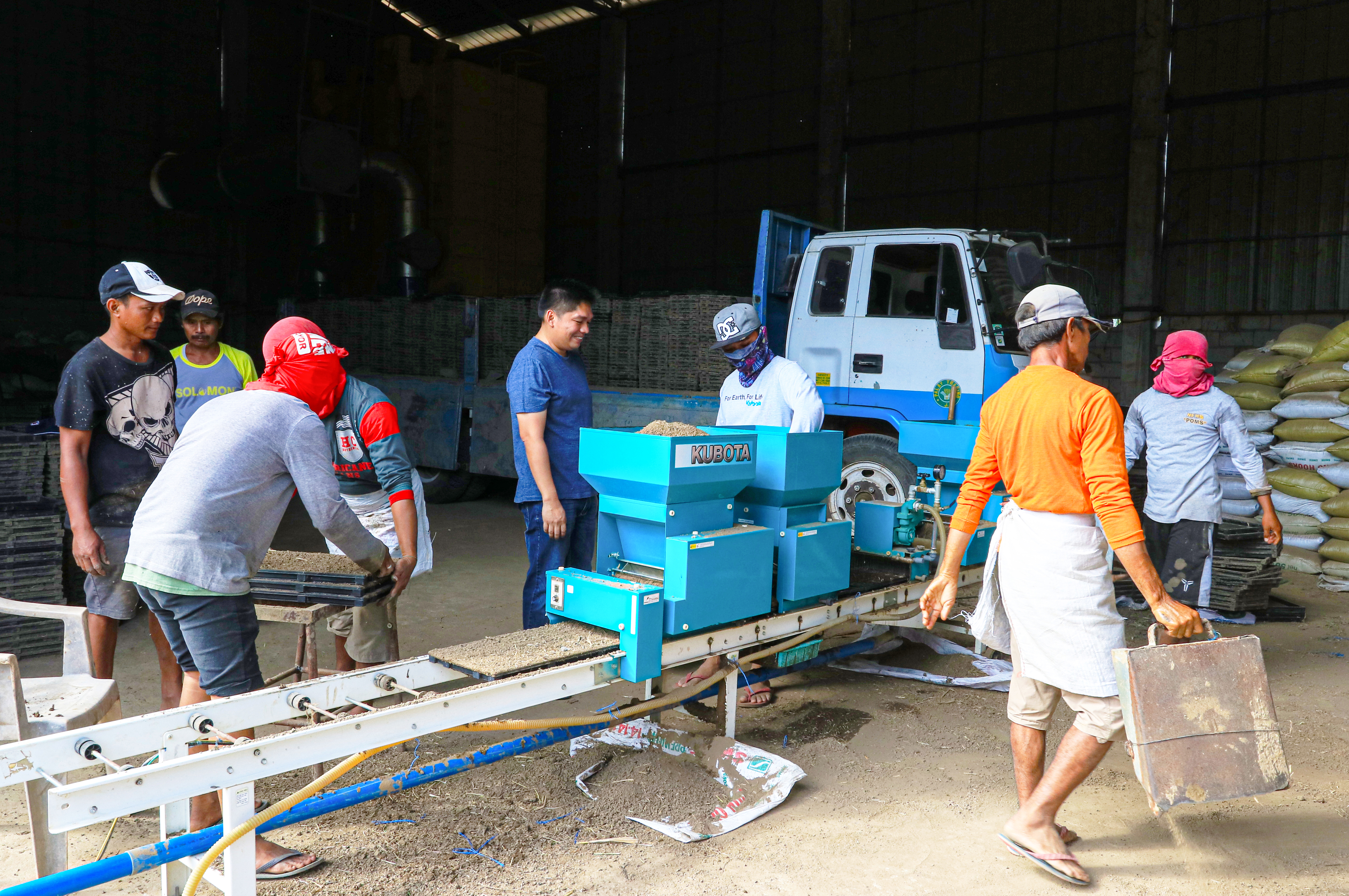 Previous Next
As the saying goes: "It takes one to know one."
Jonas Del Rosario’s 17-year experience in rice farming allowed him to understand what his clients need. Now, he's a successful farm service provider (FSP) in his area.

Modern machinery is Del Rosario’s game in rice farming. Coming from Quezon, Nueva Ecija, his admiration for our neighboring Asian countries’ fully mechanized rice farming system gave him the idea of applying the same in his farm.

A neophyte ride-on transplanter owner in 2016, he recalled that "there was very little knowledge about mechanized transplanting and mechanized sowing on seedling trays."

"Our goal is to offer mechanized services to almost all rice-growing activities. This includes (but is not limited to) land preparation, seedling production, transplanting, crop protection and analysis, harvesting, hauling and mechanical drying."

Del Rosario saw the need for a professional, beneficial and reliable service for rice farm activities. In addition, the scarcity in labor during planting and harvesting seasons kick started his goal to become an FSP.

Trained by Japan's Kubota, Del Rosario and his team became the first Kubota-certified Rice Seedling Center in the Philippines. They were certified by then KPI President Yoshiaki Onishi on September 14, 2018. Del Rosario simultaneously established his business, the DR1 Farmtech Services, in the same year.
From land preparation to mechanical drying, Del Rosario also offers an innovative rice planting service package that his clients can avail for a fixed service fee per hectare.

This hassle-free, all-in package allows Del Rosario's clients to relax as he and his team do all the work.

There are advantages in mechanizing rice farming which mitigates the effect of climate change, according to Del Rosario.

DR1 also uses combine rice harvesters, which have higher reaping, threshing and bagging efficiency. With combines, its team finishes jobs quickly (depending on the land size). The use of combines is advantageous during the wet season. It can halt its harvesting if rain suddenly pours.

Rice straw left in the field after harvest and can be mixed into the soil during land prep. This lessens the need for commercial fertilizers as the rice straw becomes compost. This also lessens the practice of burning rice straw, which contributes to air pollution.

DR1 also uses a mechanical dryer, greatly reducing the drying time of rice. These dryers are not weather dependent.

Yield can increase by as much as 10 percent as machines avoid transplanting shock, while adhering to standard rice plant production per hectare, while saving time and resources as the climate changes.
"I share in the belief that mechanization is the solution to fight the ill-effects of climate change. In the years to come, it will be harder and harder to predict the weather. Also, droughts and at the other extreme, flooding, are possible scenarios that could restrict farm productivity."

FSPs such as Del Rosario's business do their role in promoting the use of machines in rice farming, however, many farmers are still opting for the traditional method of farming instead of mechanizing.

This is where Del Rosario believes PHilMech plays a large role in.
"PHilMech has assisted FSPs such as myself in promoting the benefits of mechanization to all rice farmers. Through their website, social media, their projects, and their publications, PHilMech has boosted the popularity of farm machines and modern technology. Now that there is more awareness for the farmers, FSPs can attract more clients," Del Rosario says.

Regardless of the negative effects brought about by the pandemic, Del Rosario’s still determined to provide his clients with the service that they need. As a farmer himself, he knows how crucial it is for a farmer to get the most out of their fields, especially during these times of uncertainty.