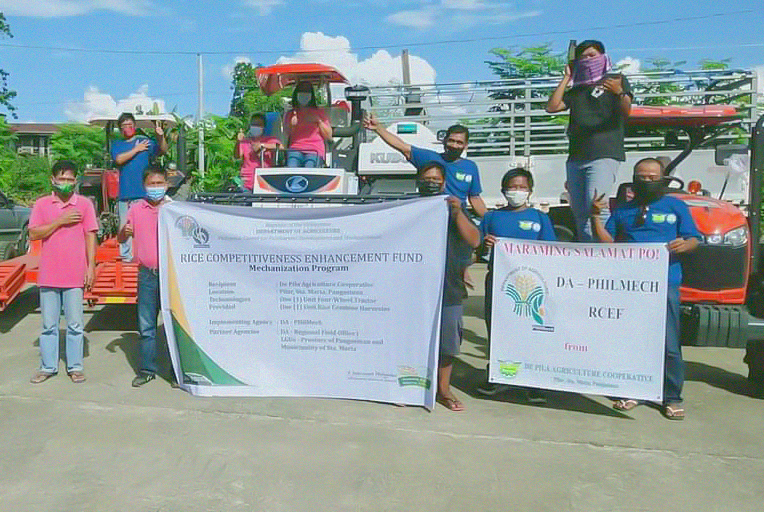 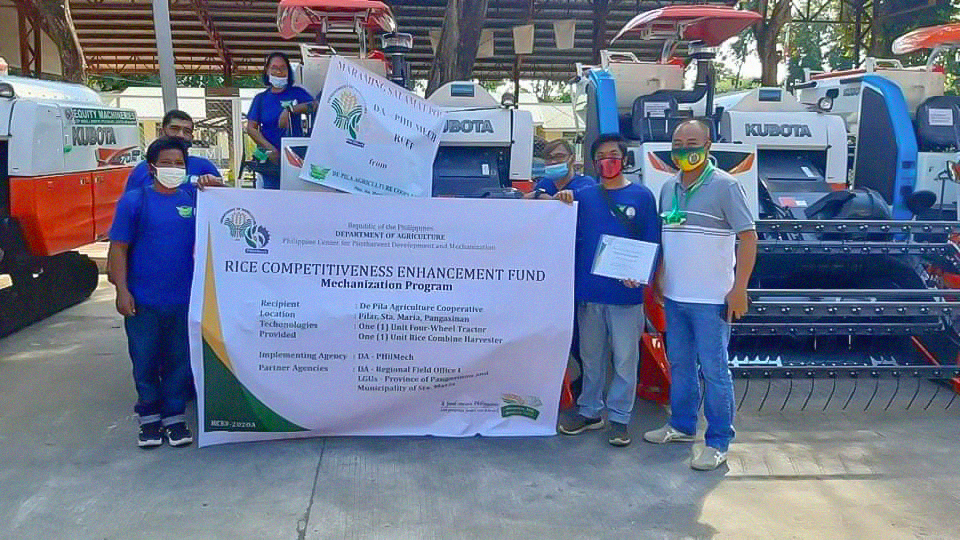 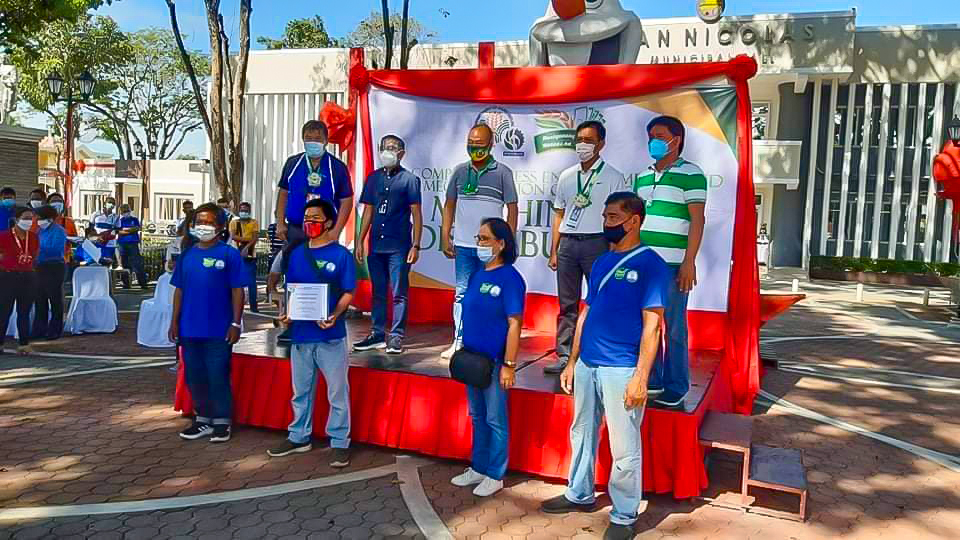 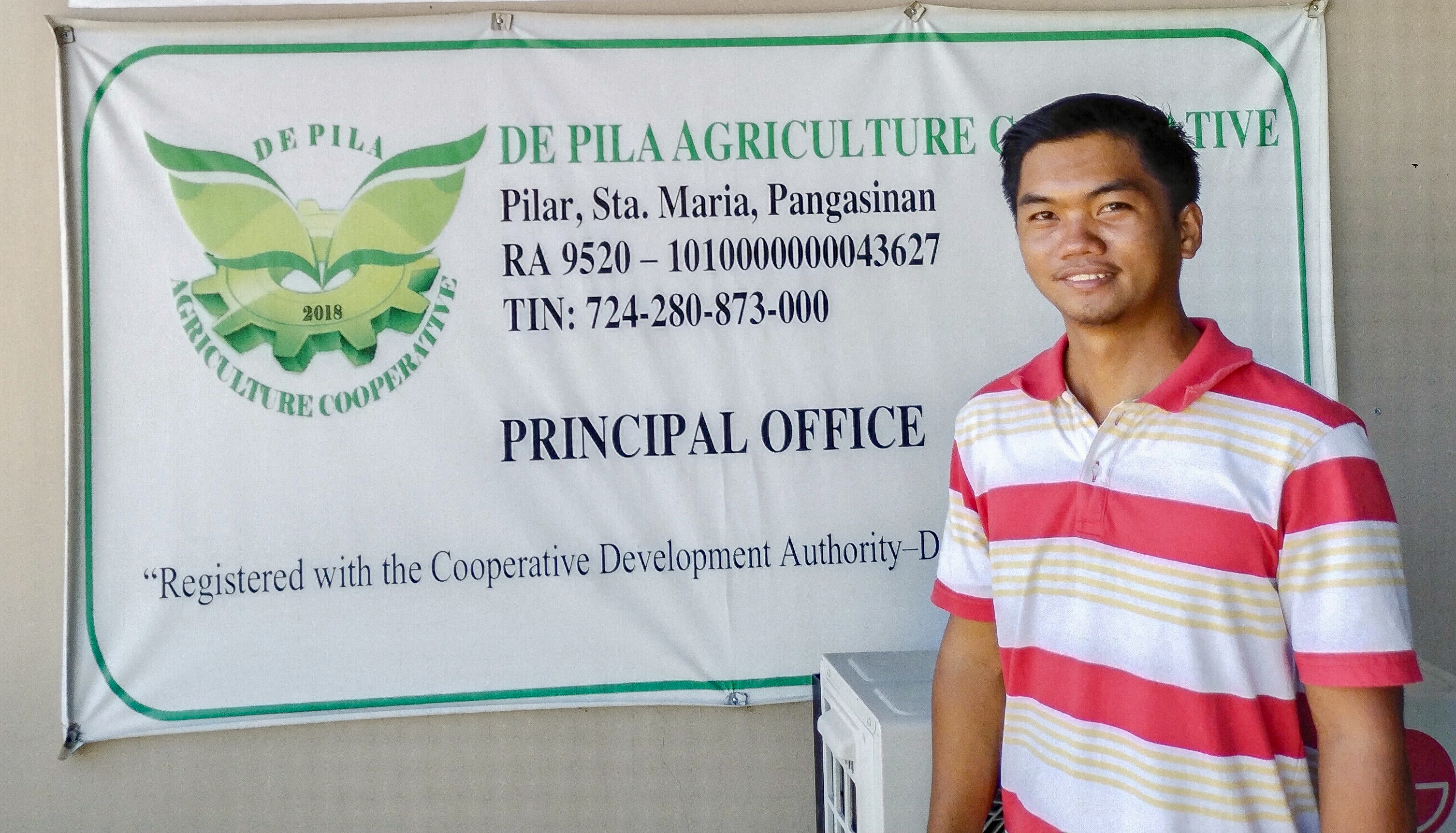 Previous Next
There's a bit of boldness when a young agri-leader such as Bryan De Guzman removes the word "pressure" from his mental dictionary.

What's usually reserved for the older and wiser, Bryan (who's still under the age of 30) is defying that stereotype and is already juggling his role as founding chairperson of De Pila Agri. Cooperative as well as being a Chief Operations Officer of ALBACOPA Federation of Cooperatives.

FROM CORPORATE TO AGRICULTURE

Bryan's love for agriculture grew from his first job after finishing college. A graduate of accountancy, he started his professional career as a bank staff where he was assigned to holding accounts for farmers' cooperatives and associations. This eventually became the stepping stone to involve himself in agriculture, starting as a member of the farmers' federation back in 2014.

His love for agriculture also allowed him to make big strides with his role in the coop. Apart from being a founding member of the De Pila Agri. Cooperative, one of Bryan's milestone was his re-election as chairperson of the cooperative.

Bryan believes that his passion for agriculture, as well as working in the name of service, were some of the reasons why he was re-elected. More than that, he believes that the skills he gained from his former job worked to his advantage because this allowed him to focus on helping the farmers.

Despite his age, his credibility was never a put in to question since most of the members were open to having a younger leader at the helm.

AGRI-COMPETITIVE FARMER WITH A PURPOSE

No one effort in the cooperative is greater than the other. As chairperson, Bryan believes that the contribution of one is also the contribution of all. This includes the machines provided during the RCEF program, in which the coop received a four-wheel tractor, as well as a combine harvester.

"Machinery from the RCEF Mechanization Program have generated jobs for the coop members and I consider this as our achievement," Bryan said.

These collective contributions are already proving to be a good strategy for their cooperative. The additional farm machines are already showing their benefits through additional savings and ease in operation.

The idea was simple: add the production savings to members' savings so that no member will be drowned from debt.

"The machines we received from PHilMech really helped our members by giving them an opportunity to increase their income and at the same time save money," Bryan said.

With the machines that the coop acquired through the RCEF Mechanization Program, its members experienced a 10% decrease on production costs.

The money saved on production costs will be kept by the coop and will serve as the members' savings. Members can withdraw their savings for their production expenses.

Farmers are considered the backbone of the country. For Bryan, he's a firm believer that the younger generations are physically fit, mentally strong, with an added bonus of having an innovative mind.

In addition, Bryan also believes that modern technology could innovate and make farming efficient. With the youths as prime movers, agriculture could become sustainable.

It may be a big task, but if a young agri-leader such as himself could have succeed, without a doubt, others may follow suit.